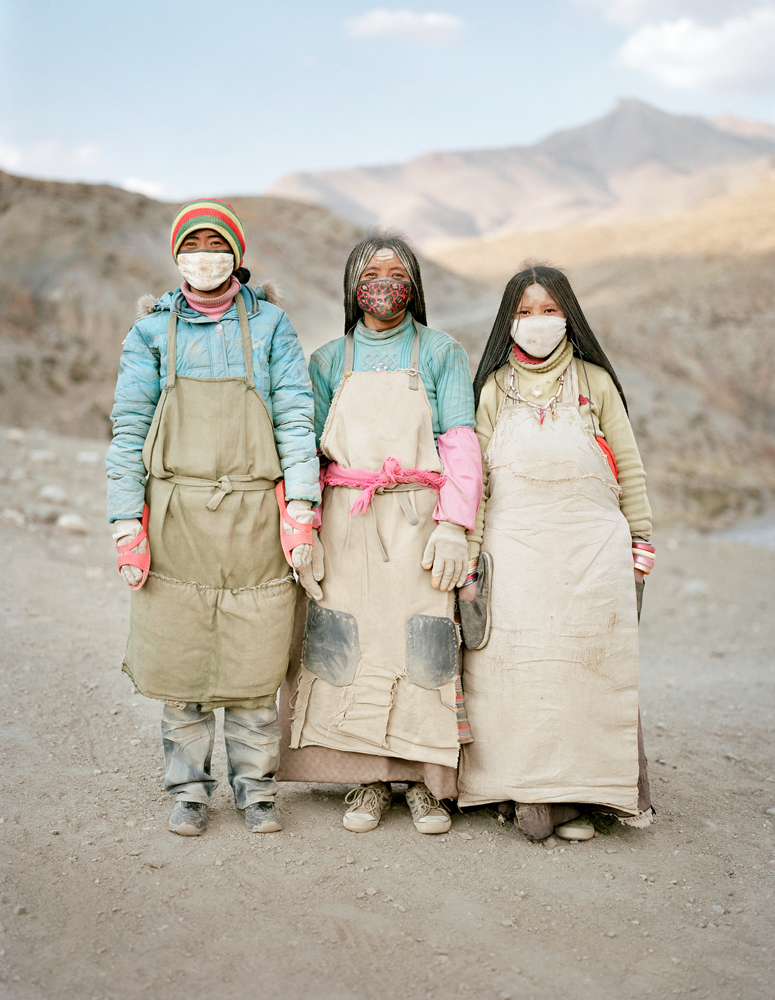 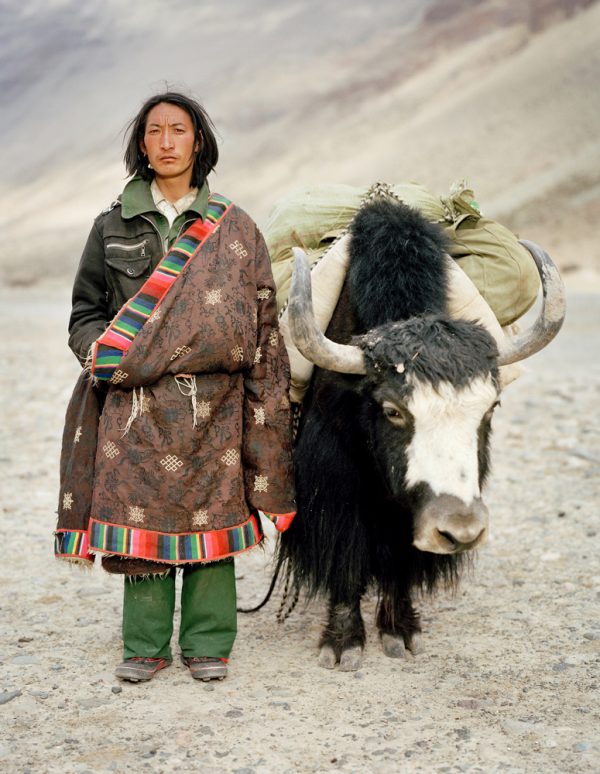 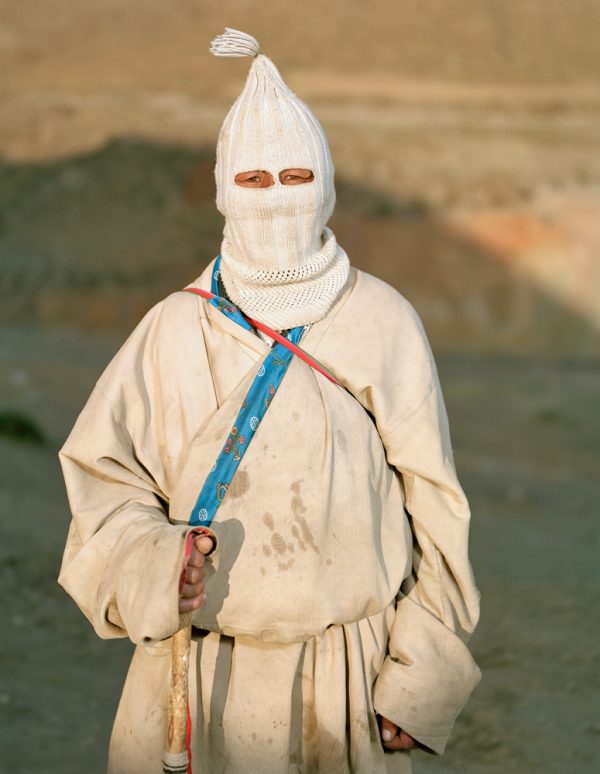 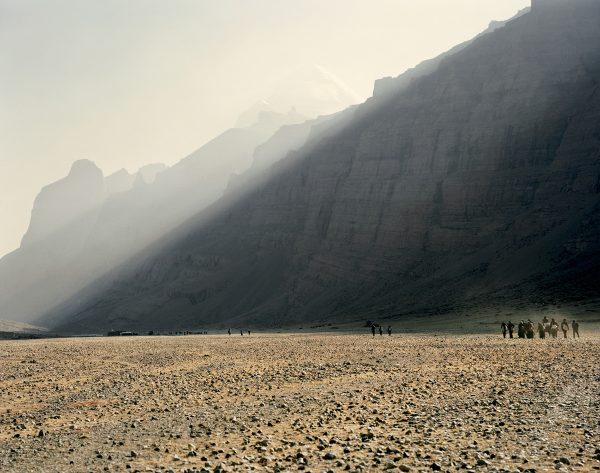 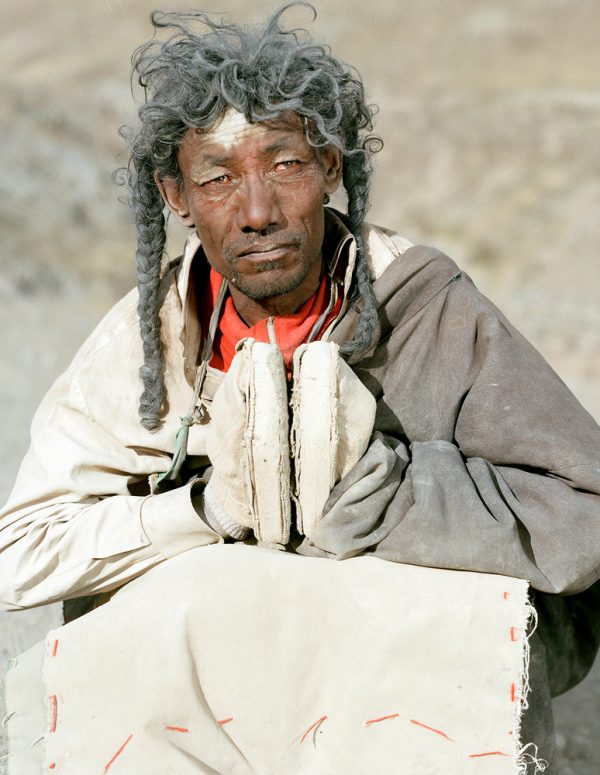 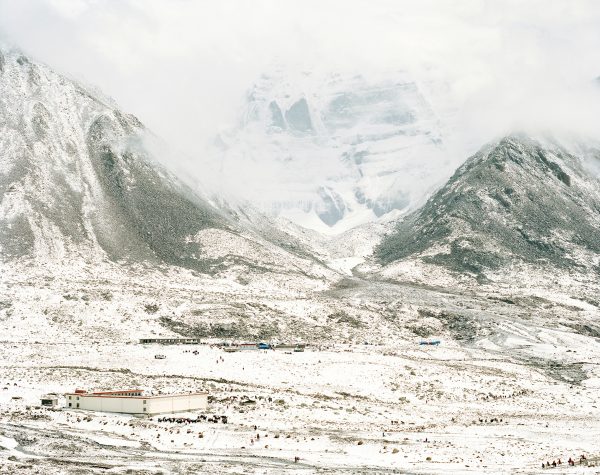 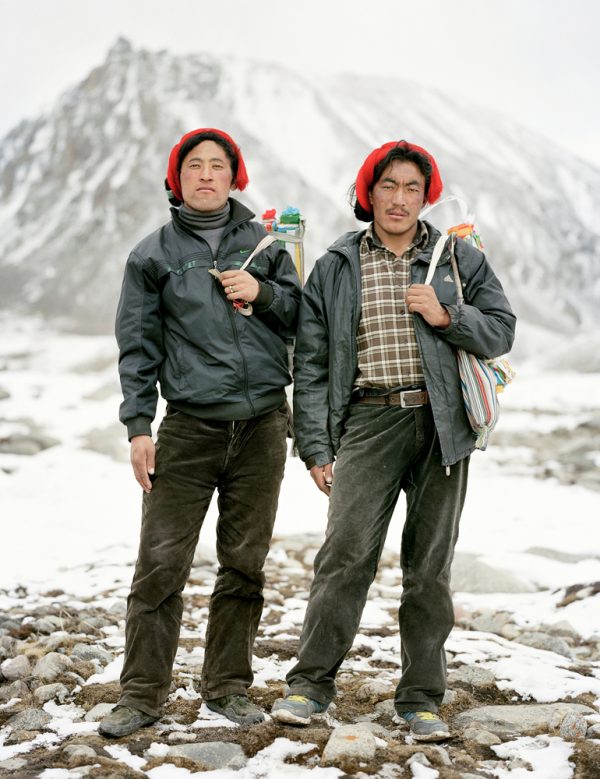 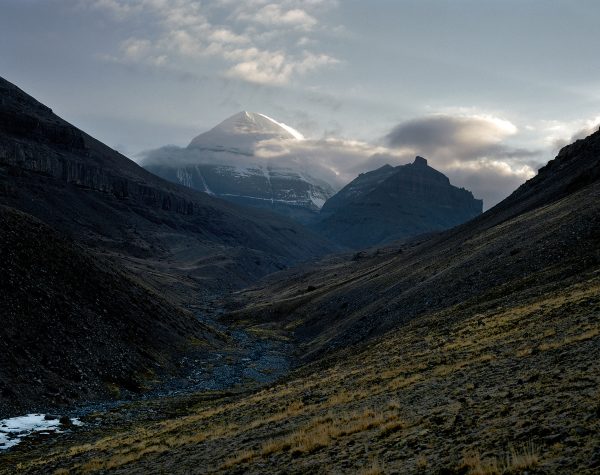 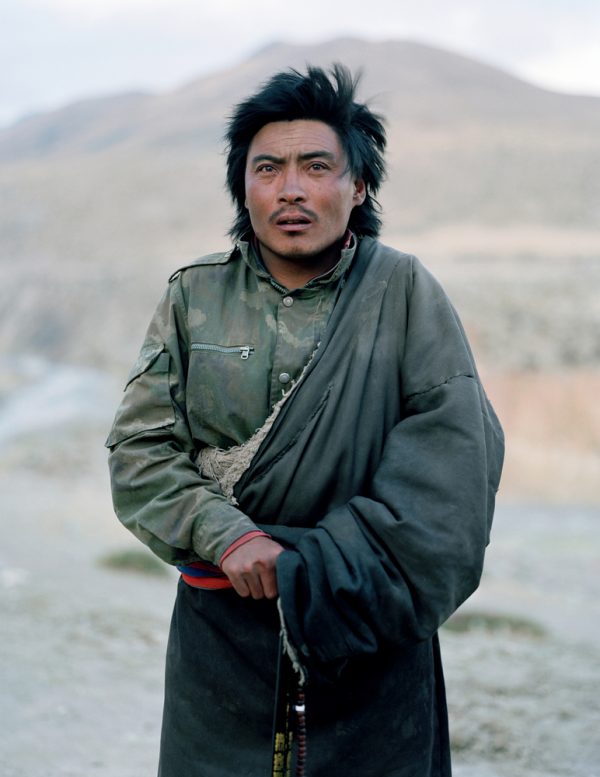 “In the midst of the stony desert of the Changtang plateau, it towers up like a pyramid: the Mt. Kailash. The four religions of Hindus, Buddhists, Jains and Böns not only worship the most remote and difﬁcult to access Kailash as holy mountain but also as the origin of the universe, as the hub of the world.
Year after year, hundreds of believers set out for the exhausting pilgrimage to the Kailash and they circumambulate the mountain on a 54 kilometers long path – the so-called kora. The path leads from the starting point Darchen at an altitude of 4600 meters over the highest point the 5700 meters high “Dolma La” pass. Many Tibetans believe that walking around the Mount Kailash on one day brings good luck. But the majority of the pilgrims needs 2 – 3 days. Deeply religious pilgrims walk the path doing prostrations. They straighten up where the ﬁngertips touch the dust to immediately throwing themselves down again. These pilgrims will be on the way for 2 – 4 weeks. A kora shall free them from sin. Buddhists believe that108 circumambulations lead towards enlightenment.
The Chinese government has tried several times to better open up the area, they even planned to build a track around the holy mountain, but all these projects failed because of strong international protests.
For this reason, the Mount Kailash is one of the rare untrodden places of our world. The pilgrims approach reverently, they walk around it with stoic patience and ﬁrmly believing in the power that shall come from Mount Kailash. I wanted to show the same respect to the pilgrims and to the Mountain which means so much to them. It was not my intention to make a thrilling feature about this extraordinary place but a portrait in large, silent photos, observed from a certain distance without staged intervention.”

“I asked the pilgrims for making a portrait at different stations of the kora. The pilgrims should step in front of the camera like they had been on their way at the Kailash, preferably without corrections to the clothes and without visible reaction to the camera. Photographing with an analog Linhof 4×5″ camera from a tripod takes some time. Therefore, for most of them the pictures had been a pleasing break on the way around the mountain, a little, additional ritual outside the usual pilgrim routine.
A series of iconic portraits came to life, which underlines the typical and the individual in the appearance of the Kailash pilgrim at the same time. On the one hand, we look into faces of humility, modesty and without vanity and on the other hand, we see self-conﬁdent, independent personalities with a distinctive stylistic consciousness.
The pilgrims combine different colors, shapes and fabrics in good style concerning clothes and equipment. They almost set fashionable accents in a barren and empty landscape. But ﬁrst and foremost, these people are connected to each other by a great, spiritual purpose: they made a great journey to take on a subordinate role to a higher, non-human authority – to the holy Mount Kailash.” 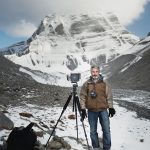