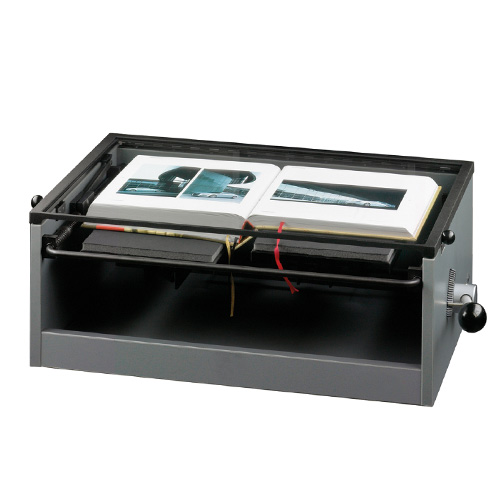 Copying from books is no problem

The Linhof book copying easel makes light work of producing copies from books. Full use was made during the design of this apparatus of all the practical knowledge which has so far been acquired in this special photographic field, with the result that the book copying easel in its present form can claim to be the best available. All the controls have been so arranged as to ensure that even large numbers of different copies can be obtained speedily and with minimum effort. An ingenious feature of its design automatically adjusts the position of the book so that despite differing thicknesses the two halves lie perfectly flat against the plate-glass cover. The Linhof book copying easel is designed for universal application and is suitable for use with all available types of documentation equipment.

Menu
This website uses cookies to improve your experience. If you continue to use this site, you agree with it.
Ok